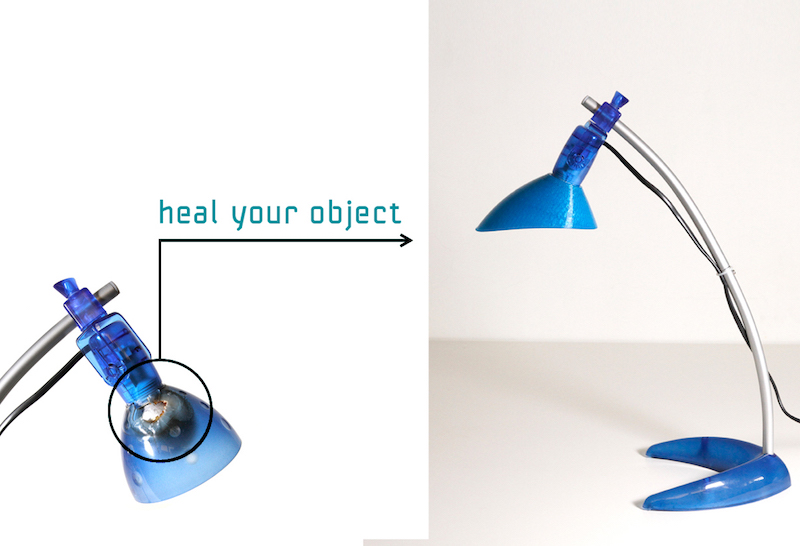 Heal your own favourite object when it’s damaged …what a better use for a 3D desktop printer!

Last week Vinz girlfriend’s lamp shade get fused. Vinz loves her girlfriend so he definitely wants torepair it, of course not in a traditional way. He chooses to personalize the lamp shade with WASP 3D printer, using more materials like Nylon, ABS and PLA in different colours. The pictures shows the results, and Vinz shows how much he loves his girlfriend. 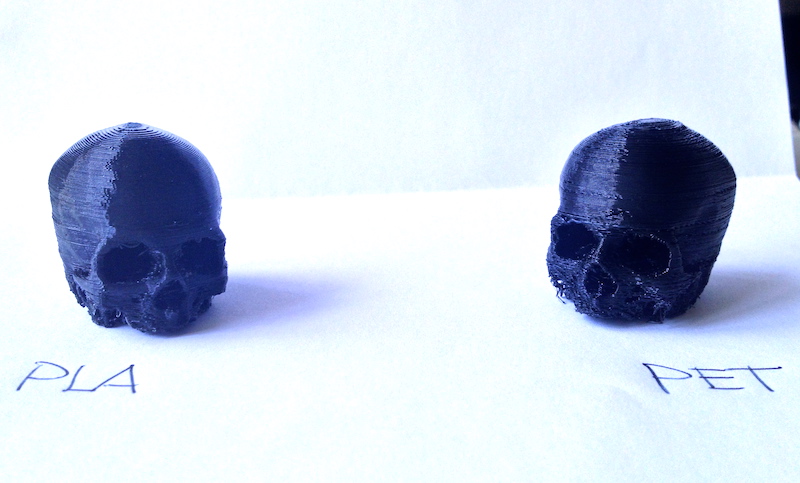 Experimentation with new materials continues here in DFC: PET and Nylon are, above all, proving very interesting. Are resistant materials, versatile and that guarantee a good print quality.

In the picture you see we show a comparison of PLA and PET (Polyethylene terephthalate). The latter is very close to the print quality of the PLA and, moreover, without requiring a hot bed! Among the advantages of PET are: high mechanical strength, UV resistance, food safe and, above all, recyclable!

PET and 3d printing: an example

We’re currently testing new kind of filaments for 3d printing with (additive manufacturing). One of this is Polyethylene Terephthalate, aka PET, a thermoplastic polymer resin. It is a very versatile material, commonly known for use in food (eg bottles) but is used in various fields.

We tested the first molded parts for an heavy duty because we want to verify their mechanical strength after undergoing the process of extrusion.
Here are some components for the world sport: guards and protections for sport motorcycles. These components have been stressed, bumped, tried on different bikes and, today, we can be satisfied: they do their job well!

Guards mounted on the motorbikes

We are just beginning and we want to verify the safety of 3dprinting PET for food and beverage industry. Soon more news for you! 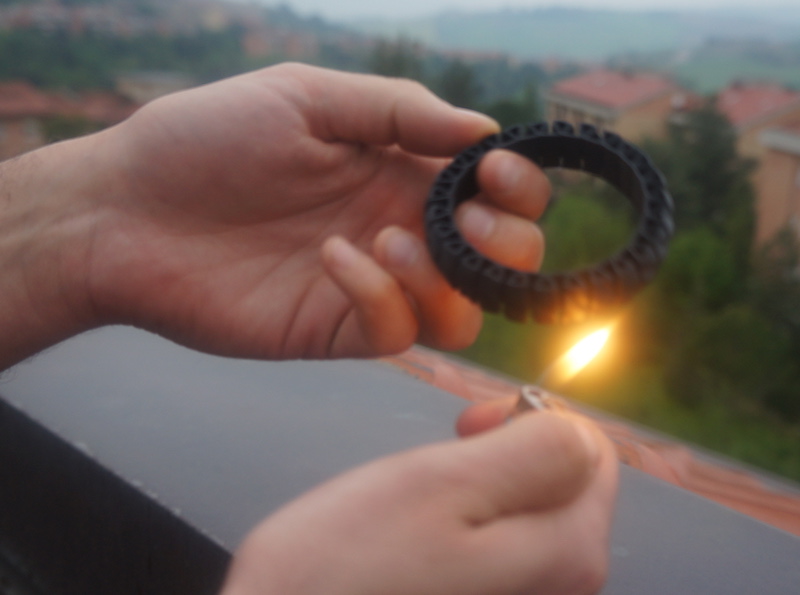 We are working on new plastic materials for 3D printing; we want that new benefits will be available for all those who produce objects with 3D printing. That’s why we are developing new plastic filaments, suitable for most of the 3D printers on the market today, providing new specifications and performance.

For example the ABS is one of the most common materials for 3d printing with fused filaments, so we’ve decided to develop the first filament of ABS flame resistant (V0 flammability class)! We are sure that this will enable the creation of new objects, new possibilities and new functionality.

Follow us for our latest news about the materials we’re testing and for more informations. 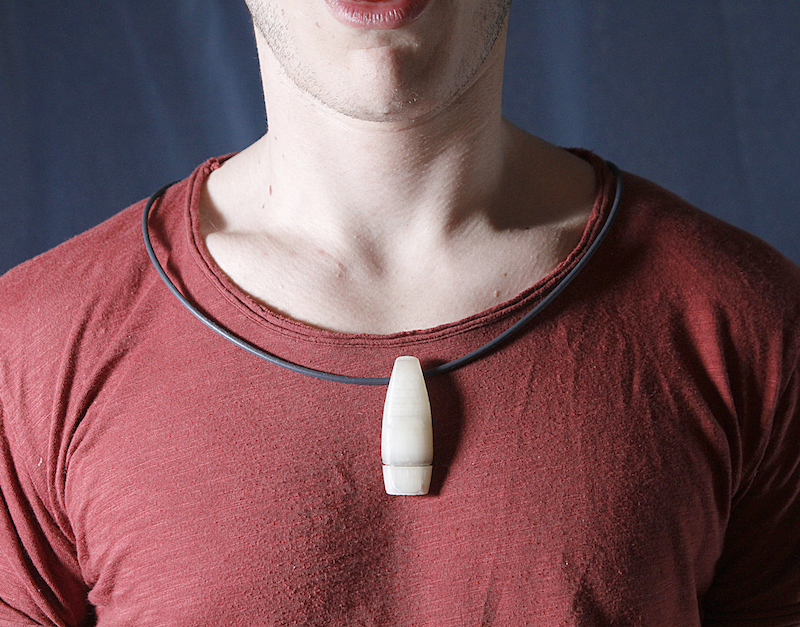 We begin to consider 3D printing with the eyes of designers, and this is one of our first products: a USB pen drive to wear. We called it USBone because the texture on the surface makes it seem like the object made ​​from a natural material: the horn. The texture of additive manufacturing technology’s objects looks like its growth system! 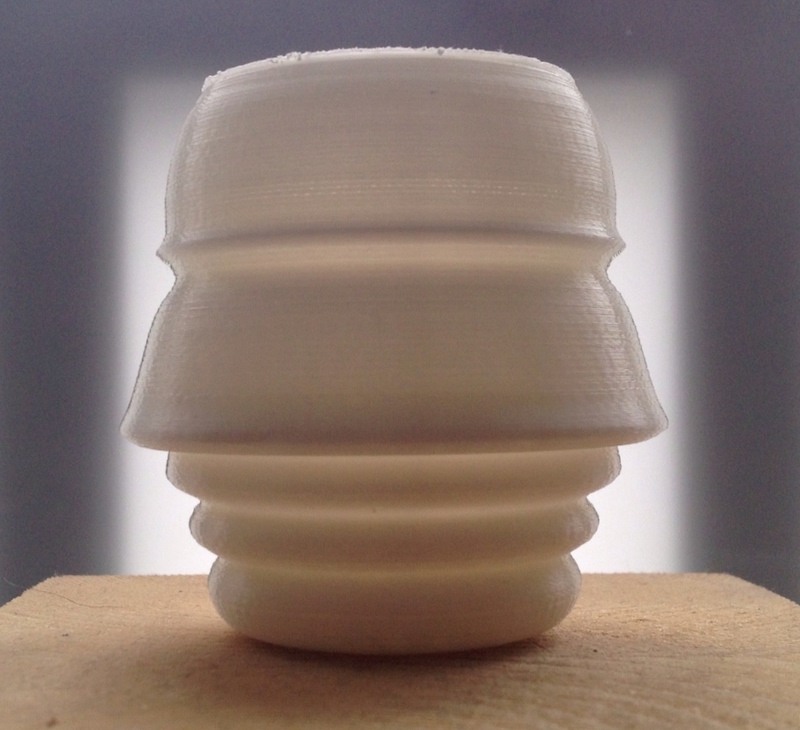 We use to think that a product made in one piece is defined as “craft” while products manufactured in series are considered “industrial”. This is no longer true because the same machines that repeat the same movements over and over again to create serial pieces (such as the Kuka robot) now come from factories and they enter our homes to produce objects in a process of design and construction that we call “personal production”.
As an example of this new scenario we show you the Personal Vase, an object designed and built specifically for a single person (as is the case for artisans), but made entirely using the technology of 3D printing.

Starting from a simple photo of its silhouette we obtain the line of the profile, then we use it to create a 3D model (solid of revolution). At this point the object created is printed from our PowerWasp; so a form is designed ad personam and physically realized independently by a sole machine.

With a similar process we can produce containers, vases, lamps (maybe the one below) and much more using different materials and techniques. We are at end of the era of customization in industry and we’re starting the beginning of the personal industrialization. 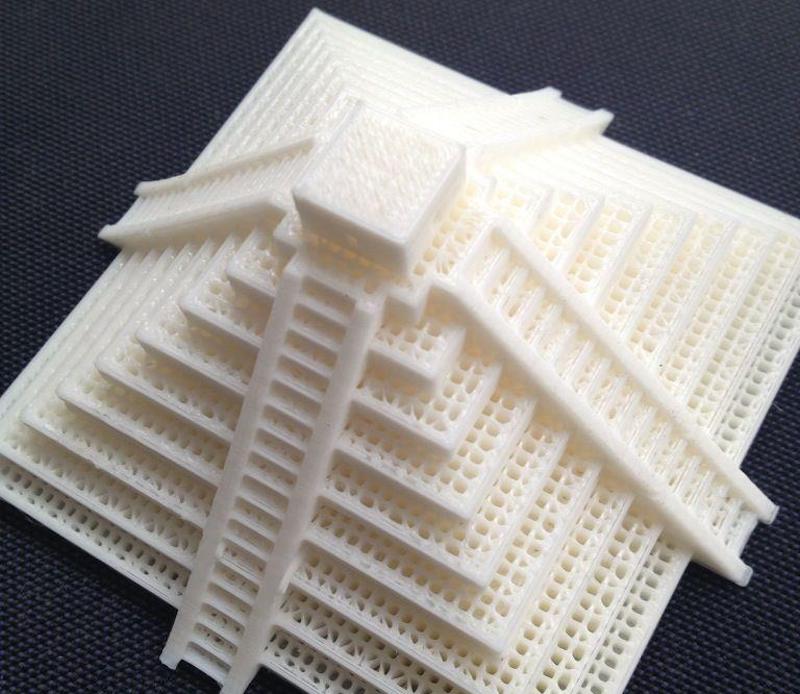 We’re starting to test our PowerWasp with PLA filaments; all seems to be ok, the printer is fast and reliable. As you can see from the photo the result of the first printings (here you can see a translucent PLA) is good. 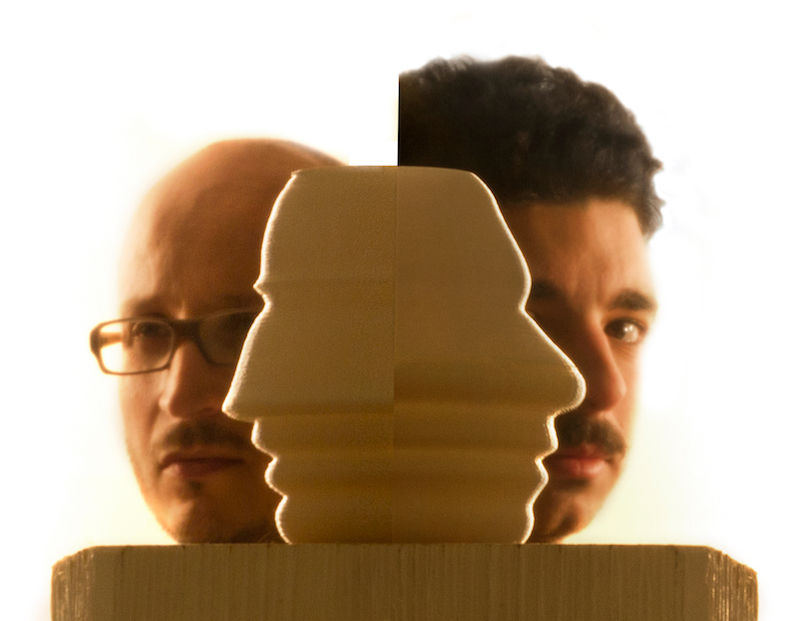 Objects with your personal silhouette

We think that the future of 3D printing in both the mix of craftsmanship and technology. In this case we have combined the potential of our PowerWasp with the knowledge of concrete based materials to obtain innovative objects.
Our first design for a “Personal Product” starts with the shilouette of your face: we want to turn it into an object! So we’re developing a design process that starts from your portrait’s profile (that becomes into a path for create a revolution solid in 3D) and transforms it into a formwork for a lamp, or a vase, or… something else.
The production method begins with the 3d printing of the formwork (PLA) that is used for molding the vase with a concrete specifically made for design objects. This molding operation is not a common solution because we’re going to centrifuge the concrete into this formwork! We’re at work. 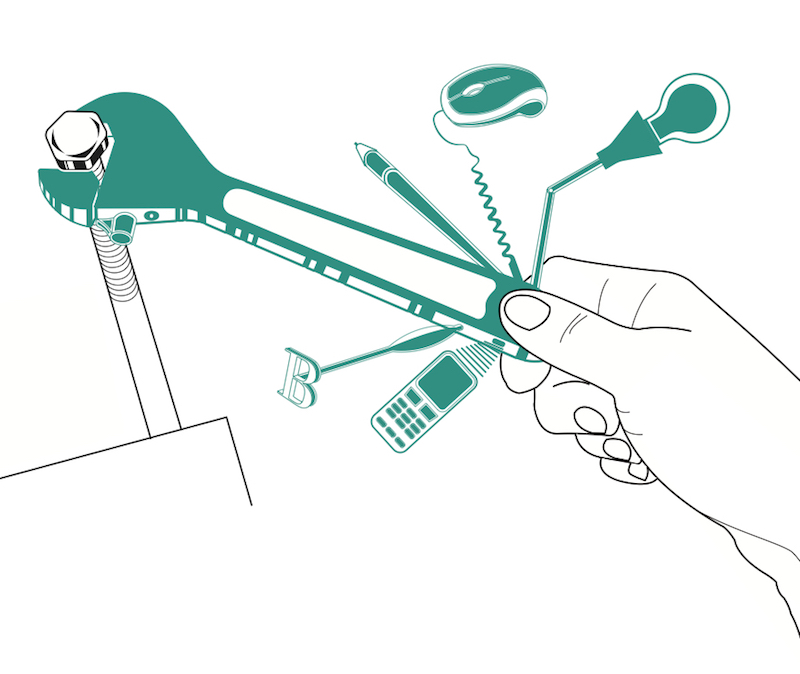 (R)evolution in the design problem solving process is possible? We’re thinking about how it could happen.

First: Personal Production. No more mass customization but objects designed AD PERSONAM; one person, one product. The figure of customer is becoming more and more related with other roles: citizen, prosumer, producer, etc… Open Design means we can all become designers and manufacturers. And we can do it TOGETHER.

Between these two scenarios we can find multiple paths to choose in the next future; we are surely near to live a relevant change.
Speaking to entrepreneurs, designers and ordinary people we decided to prepare a short Prezi presentation that can explain these phenomena.
Here it is. 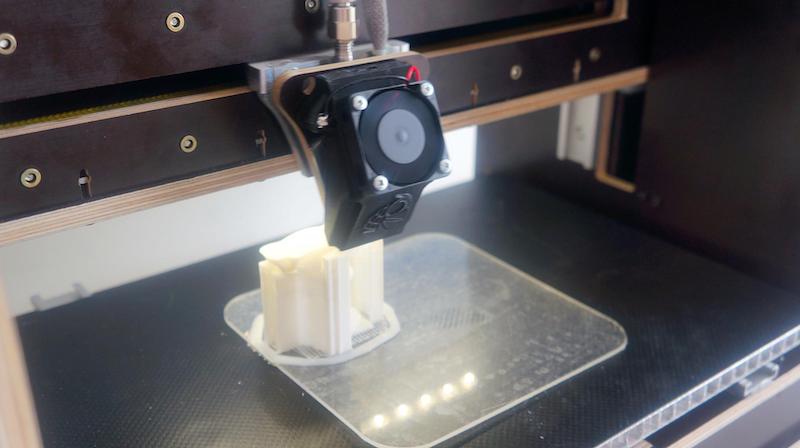 A few days ago we were at the CSP Massa Lombarda (Imola), where we spoke with the founder, Massimo Moretti. He is the true inventor, a person full of energy and positive ideas that created the PowerWasp. CSP is more than a “geek lab”, it’s an uncommon place for design services and innovations. For example: Massimo showed us the prototype of an “house printer”. In collaboration with the University of Lima (Perù), Massimo is thinking a new machine: a printer (Rostock) for printing economic houses with mud and straw.

About PowerWasp: it’s a very unique tool; it can be a 3D printer, a cutter, a ceramic extrusor or a scanner… Impressive! Its performances as a 3D Printer are wonderful: high speed, great resolution, big printable objects; that’s why we choose to buy it.